History of the school

History of the school

The foundation of the secondary school in Třeboň was rather complicated in the time of the Austro-Hungarian Empire. In 1851-56 the two-year secondary school came into existence. Since 1868 a Czech parallel of the German Gymnasium was brought to Třeboň from Č.Budějovice. On 21st December 1867 this two-year school was changed into the state form of gymnasium by Emperor´s decision. The lessons began on 1st October 1868.

The number of pupils started to increase and so the former sort of gymnasium had to be changed into the higher type in 1903/04. A new building had to be built as well. The construction site - a former hop-garden - was bought from the Schwarzenberg Family. The construction of the new school began on 2nd February 1905 and the roof together with the facade were finished in the same year. In 1906 the interiors were finished and on 20th September 1906 the official beginning of a new school year was in the new building. After the end of the First World War the number of pupils started to increase. In 1927-28 it went down again because it was difficult for the graduates to find jobs.That´s why on 8th March 1929 the former status was changed again. At that time into a more suitable type of the state gymnasium, called „reálné“.

In 1929-31 the whole building was adapted - a chapel was changed into an art room (later used as an assembly hall), the laboratories for chemistry, physics and biology were equipped and an astronomical observatory was built on the roof.

In 1941 German soldiers occupied the building and established a pilot school there. In 1942 Třeboň Gymnasium was transferred to Lomnice nad Lužnicí, a small town not far from Třeboň. The lessons have been taking place in Třeboň since the Second World War again.

The system of secondary education was changed several times and after 1989 students were divided into classes according to their talents and inclinations /Arts or Sciences/. Now our students are educated in a wide range of subjects, both Arts and Sciences. They gain general knowledge in the eight-year or four-year curriculum and are well prepared to enter universities. In 1995 Třeboň Gymnasium became a member of the UNESCO associated schools. 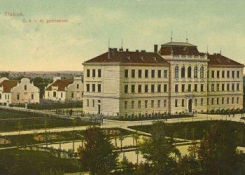 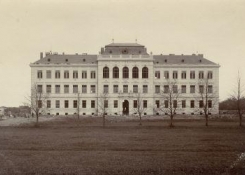 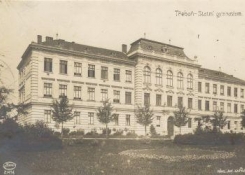 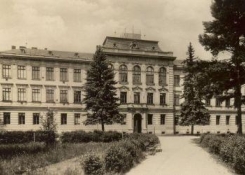 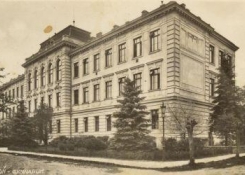 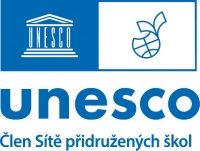